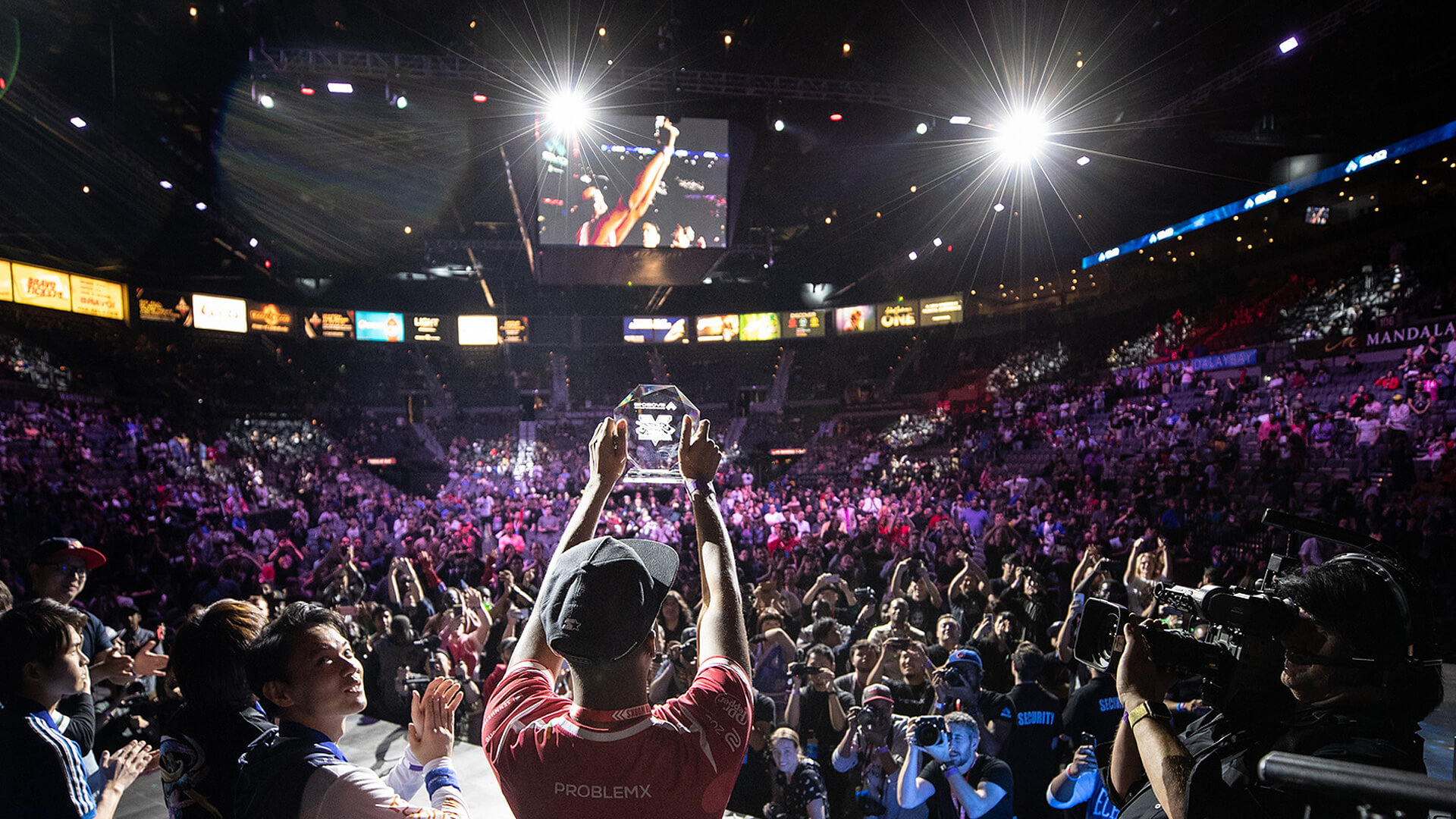 Once every year since 1996, players, fans, and even developers as well as public figures travel to Evolution Championship Series, which started off under the name tag Battle by the Bay, before changing its name to the iconic EVO brand. The event marks the most prestigious single tournament in the fighting game community and is a showroom for publishers, who tend to announce their upcoming expansions and game contents at EVO each year.

For players, EVO means everything and winning the Evolution title is a dream come true for all professional players, no matter which fighting game they prefer. In 2018, mousesports Street Fighter V player Ben „ProblemX“ Simon was able to crown himself EVO Champion, after defeating the reigning champion Tokido in the Grand Final with 3-0.

A total of 2499 contestants signed up for the Street Fighter V tournament at EVO 2018, one of them being Ben „ProblemX“ Simon – a man from UK, in pursuit of his dream to win Evolution. On his route to the championship, ProblemX was able to defeat the current number one in the Capcom Pro Tour ranking, Fujimura, as well as some of the best SFV players worldwide, including the likes of gachikun, Fuudo and Tokido.

Close before his biggest triumph in his career so far, ProblemX was able to win the Headstomper event in Copenhagen (July), as well as the Northwest Majors 2018 in Wisconsin (June). In May, he placed 2nd at Toryuken 2018 in Toronto, and at the ELEAGUE Invitational he claimed 5th place in Atlanta in June. He is now ranked the 2nd best Street Fighter V player worldwide in the Capcom Pro Tour standings.

– WON vs Spawn Of Odd

„I just won EVO 2018! OMG words can not explain my happiness. Thank you mousesports, thanks to everyone who supports me.“ - ProblemX right after winning EVO 2018