Our League of Legends roster for 2022 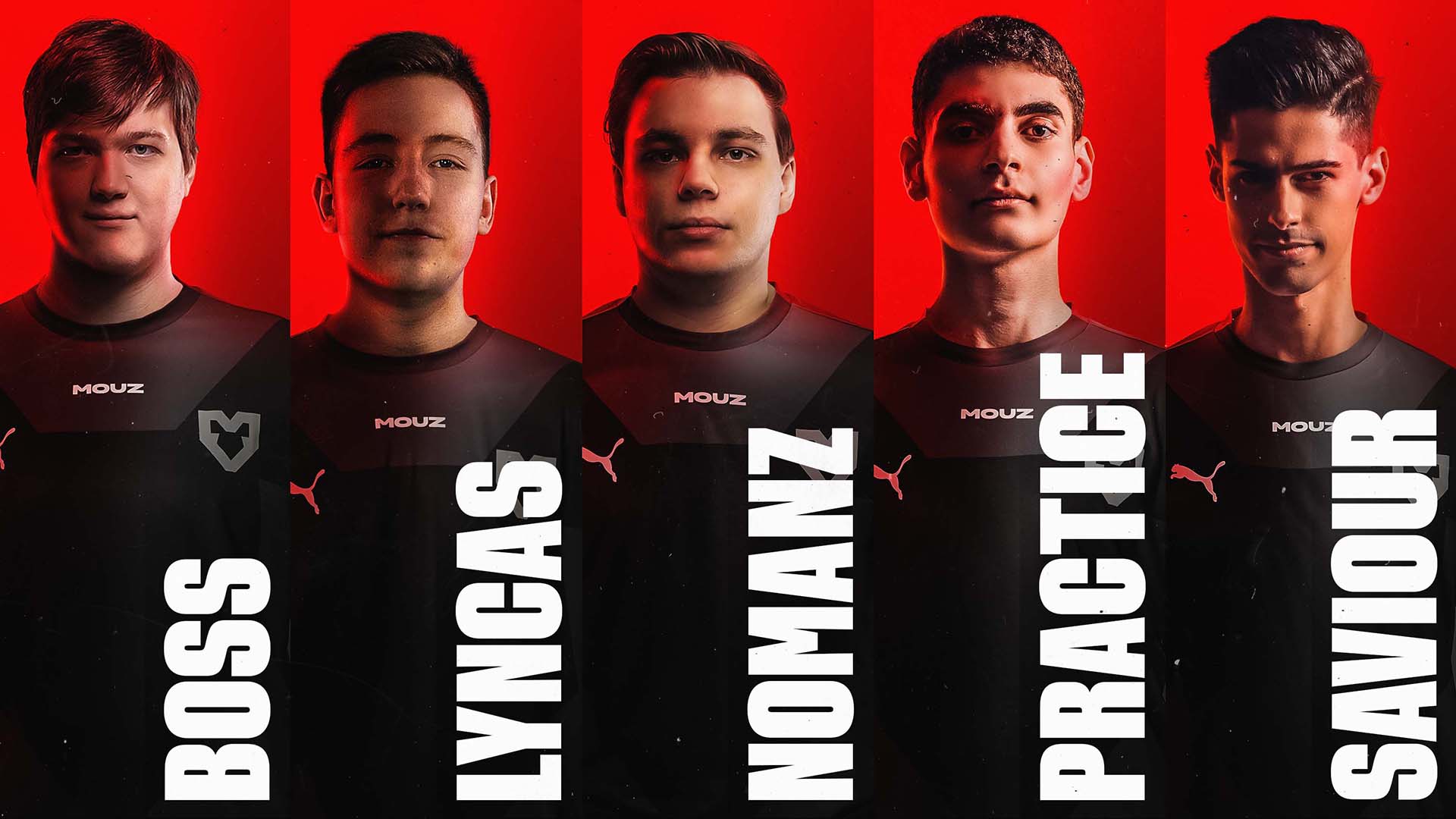 We are happy to announce the new League of Legends line-up for our 2022 Prime League run. We have five new personalities and a new coach to take on our opponents this season. It will be a year of exciting show-offs between new and old teams in the Prime League.

Last season the MOUZ roster was successful once again, taking first place in the Winter Split and placing third in the European Masters Summer. In the past years we’ve built successful teams with great performance and team spirit. We’re happy to see our former player Milo “Pridestalker” Wehnes move up to the LCS. This is the third consecutive year, where MOUZ sends off at least one player to one of the major leagues. With the new line-up we will continue our focus to build strong players for the future. There are many talents in the scene who have a chance to move to the major leagues, we will keep using our strength to set up our players for success. After carefully considering our options, we would like to introduce our highly motivated coach who has a great vision for this roster.

Emanuel “Emi” Ursachi MOUZ’s new LoL Head Coach from Romania, who has been active in the Ultraliga before, gave a statement about the team and the individual players. We trust in his guidance for this team and are very happy to see him unlock the potential this team has. We welcome the following new line-up to the MOUZ family.

„He’s a great asset for our team, a very experienced and consistent player that comes from UOL, a team with which he attended Worlds multiple times and faced the best Top Laners on the planet while not showing signs of weakness or fear. We believe Boss will surprise in Strauss Prime League and show what he’s truly capable of.“

“Coming from Ad hoc gaming and WAVE Esports, at only 18, Lyncas is an important pick-up due to his shotcalling and mechanical talent skillsets, something we value quite a lot on his role. There is a lot of potential in Lyncas to be developed and with the right guidance, we know he’s gonna be one of the best junglers in the scene.”

“Coming from UOL, where he was BOSS’s teammate, Nomanz has been making a name for himself at Worlds multiple times. Having a player that can be clutch in important moments, that can dominate his opponents and one that has the experience to perform at a high level consistently are just a few of the reasons we decided Nomanz is a perfect fit for MOUZ.”

“In the Bot Lane we wanted to have a very stable and strong lane, let’s call it the foundation of the team. The reason we believe Practice and Saviour are such a good choice is because not only they’ve been playing together for years already, something that creates a synergy you don’t really see in the LoL scene that often, but they also provide a level of gameplay that many won’t expect from them. Being one of the most professional individuals we’ve met, their work ethic is right on point with what we stand for here in MOUZ.”

Emanuel makes the goal of the team very clear: “Winning every tournament we participate in and having a great showing while doing it. We’ll do our best to perform and entertain everyone so make sure you check us out.” With Emi’s judgement we are confident that 2022 is going to be a strong year in League of Legends for us. Jan Dominicus, Chief Business Development Officer at MOUZ states:

„After a successful season with another trophy in the Prime League, we are looking forward to an exciting year with new competitors. Our goal with MOUZ has not only been to be successful on the rift but also provide opportunities for players, which we proved once again with Pridestalker moving to the LCS. We are very confident that our new roster will be able to continue our success as the Prime League record champion and continue on their path to the big stage.”

We are excited to kickoff this new roster and show what MOUZ is made off in 2022 at the Prime League Spring Split starting in January.