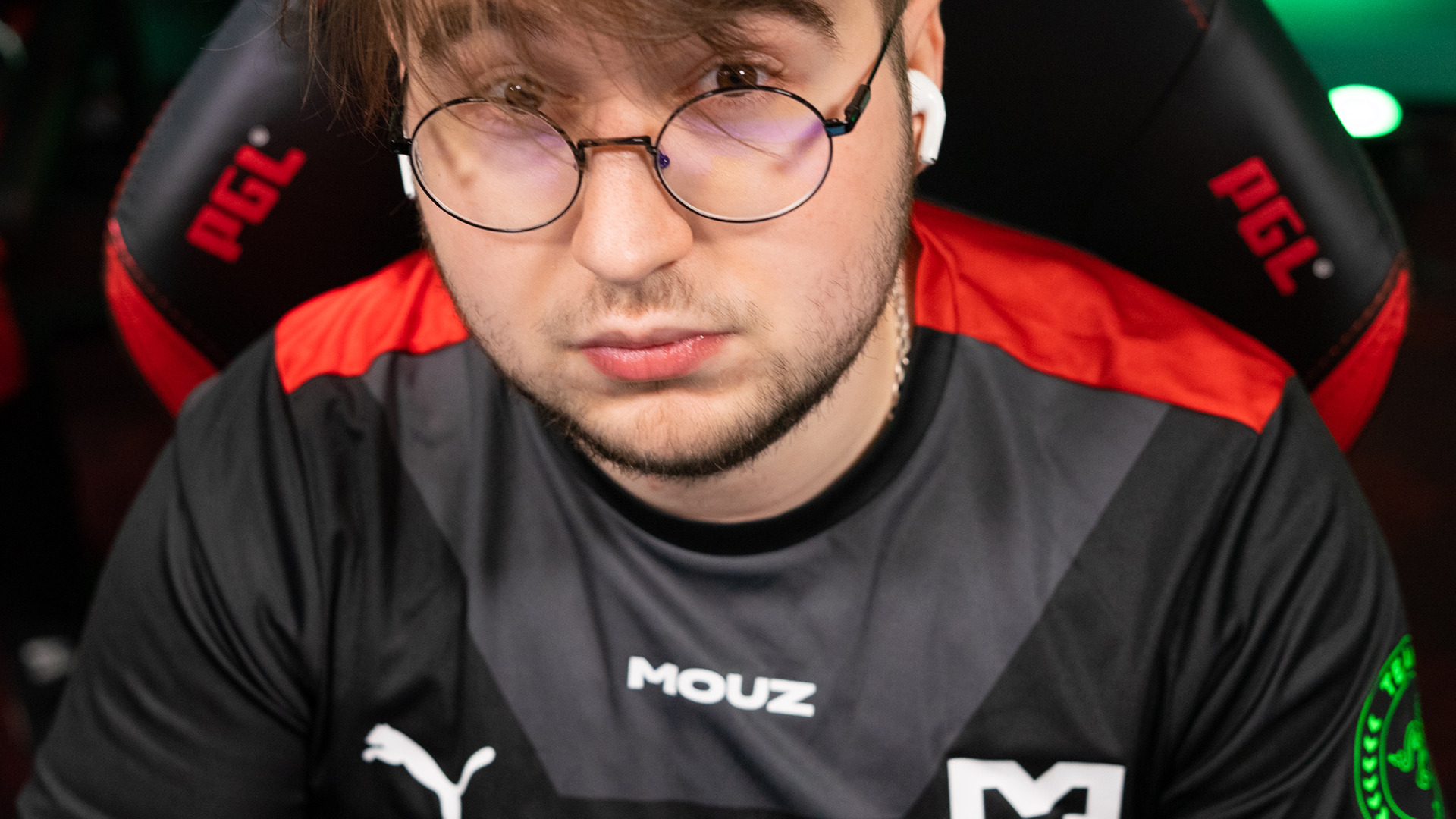 With JDC in the new lineup the team went off to Bucharest to play in the PGL Major Antwerp RMR Qualifier. The constellation shows great potential, young individuals with great talent paired with experience and calm decision making. They didn’t make it to the Major, but we believe in a strong comeback with practice under their belt.

After a bootcamp in Poland the MOUZ CS:GO lineup consisting of dexter, frozen, Bymas, torzsi and JDC travelled to Bucharest for the RMR tournament to qualify for the major. JDC was the latest addition to the team, with the promotion from the MOUZ NXT academy roster on the 18th of March. The bootcamp in Poland was the first opportunity for the new team to practice and study existing strategies. We talked to the head coach Dennis “sycrone” Nielsen and he said that Jon is a fantastic guy especially when it comes to his interpersonal skills and bringing the right mindset to the server. With the promotion to the MOUZ CS:GO roster come new responsibilities and he’s been focusing more on his individual skills to become a well-rounded player and adapt to his new role. “If someone’s feeling down, he’s the one bringing people up, never quitting – always pushing, he sets a really high standard for himself and I think that inspires the other guys to do the same.”

They arrived for the RMR tournament in Bucharest on the 15th of April. The team was sure that they will find their way to the Major. “We’ve been working hard, I think we have the potential to do it.”, says David “frozen” Čerňanský. He agrees that the team needs to gain experience, the RMR is also a place where they can grow as a new team, he would be disappointed if they don’t make it. Jon “JDC” de Castro doesn’t like setting expectations, he says: “We’re going to win every game until we lose it and before we lose it I just don’t think about it.” The newest member feels the pressure and would blame losing on himself. Despite the pressure he’s been studying the positions tirelessly and he’s starting to gain confidence. Interpersonally he gets along very well with the team and believes that the chemistry is just right.

Playing Best-Of-One matches are always a gamble and a difficult way to truly decide on the better team. The first match was against OG on Mirage, which went 16:12 in their favor. The other two BO1 matches went in MOUZ favor. 16:4 against QUAZAR and 16:12 against Outsiders. Spirits were high and the team was ready to give it their all. The next challenge was the current highest-ranking team in the world, FaZe. They took both maps Nuke and Inferno and MOUZ had one last chance to qualify for the major in a matchup against Vitality. On Nuke it was 16:13 for MOUZ, in a close map Vitality took their pick Dust 2. The last chance on Mirage as also taken by Vitality.

Nobody expected it, but it is the reality the team must accept. “I think it would be very sad not making it to the major and I think that it would tear us down a bit, but it wouldn’t stop us from keeping the grind on and achieving great things in the future.”, says JDC. Our young star player Aurimas “Bymas” Pipiras has a positive outlook for the team: “If we don’t make it to the Major, I don’t think it’s going to impact us that much since we’re not playing for that long. We’re still improving every day with every practice and as you know in CS there’s a tournament every few weeks and we just got to forget the results and focus on the next tournaments. For example, there’s going to be the IEM Dallas Qualifier, Cologne, one of the most prestigious tournaments in CS. We just need to keep our heads up and focus on the next tournaments.” We believe in the new lineup; the upcoming weeks and tournaments will show what they are made of.