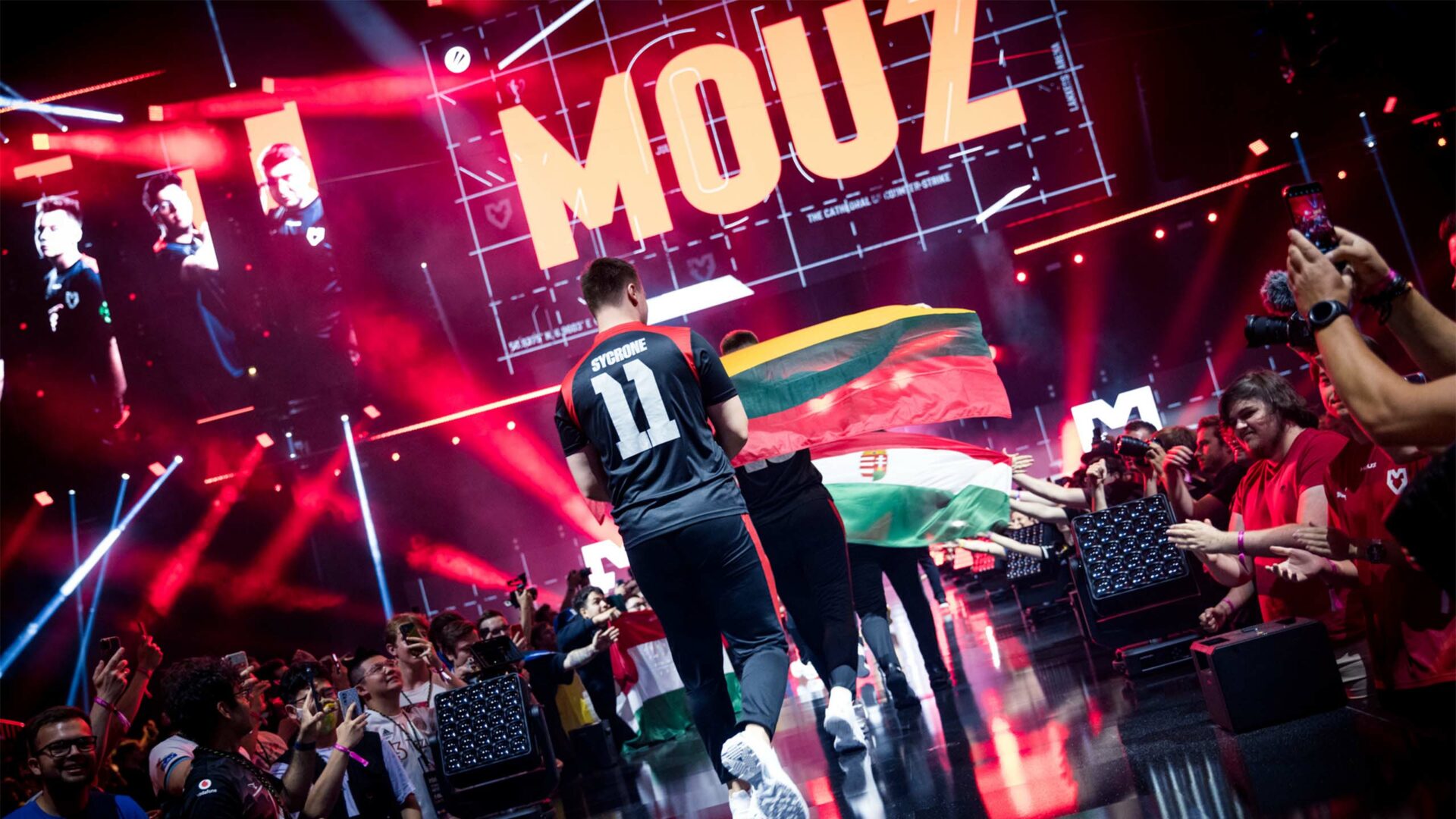 Owing to the stellar performance at IEM Cologne 2022, the most prestigious Counter-Strike event in Germany, MOUZ CS:GO reclaimed the spot in the Top 10 best Counter-Strike teams in the world. The roster has shown their righteous standing in the scene and an overwhelming number of fans from all over the world came to support, chant, and cheer for MOUZ in the Cathedral of Counter-Strike.

The players were beyond excited about their achievement. “Thanks for this great opportunity. I hope I can exceed everyone’s expectations. I am extremely excited to start practicing and playing my first Tier 1 event! Can’t wait to see what this year holds for us!”, said the young AWPer Ádám “torzsi” Torzsás. The young pro Aurimas “Bymas” Pipiras said: “Dreams come true, my first time playing in an arena”. Another player who truly showed his standing in the German CS scene as well as the Germans in the arena. Jon “JDC” de Castro, who was promoted from MOUZ NXT team said: “Oh my god, we qualified for the arena. I can’t describe how awesome this feels after all the hard work. IEM Cologne is something different.” The Australian IGL Chris “dexter” Nong said proudly about his teammates: “Nothing but respect for them, I truly admire each one of them a lot!”

It’s a very meaningful event for the team and the community. The most important tournament in Germany is an important yearly occurrence, especially this year, as the Lanxess Arena in Cologne finally opened its doors to the public after two canceled events due to Covid. Jan Dominicus, Chief Business Development Officer at MOUZ said: “Today MOUZ will play on stage at IEM Cologne. This is a dream come true, a bucket list item, and something I thought would never happen.”

An overwhelming number of fans were in the arena, cheering and chanting for MOUZ and the players. They coordinated the event through the official MOUZ Discord server and came equipped with MOUZ merchandise from the past as well as the present. A large number of MOUZ fans gathered in an area of two blogs, waving flags and showing support for the team. We made it possible for the players and fans to meet at the Rhine River to get photographs and signatures with the players besides the designated signing sessions organized by ESL. Two of our MOUZ NXT players IGL Kamil “siuhy” Szkaradek and AWPer Miłosz “mhL” Knasiak attended the event as well, not only to support their teammates and meet with fans but also to get a glimpse of what is about to come in their careers. Seeing the Cathedral of Counter-Strike back in action after a two-year LAN break is a motivator to give all they got in the scene so they can stand on the same stage in the future.

Even though MOUZ couldn’t get the upper hand against Astralis in the end, it was a good fight, and they had some moments where they showed a much stronger side. Still, the team is happy about their achievement and being able to unite with fans and the community in general. “Thanks to every single one of you for coming and cheering, it was fun!”, says our star player David “frozen” Čerňanský. He is the only one on the current roster who played for MOUZ in 2019 trying to get to the stage in Cologne, but not getting through in the group stage. For him especially, it’s a great achievement to stand on the stage this year. It’s beneficial that the team had this experience together. It was the final building block for the team, they fought in Dallas and Dubai and now showed the best performance in Cologne. This is crucial for the success and motivation of the team. They show that they work better together, thanks to all these experiences.

Cologne made it possible to reach the top 10 again, nevertheless, this is only the first step in the right direction. The team is getting ready for the upcoming events. In the coming months ESL Pro League Season 16 will be held in Malta and the RMR Tournaments for the Major qualification will take place very soon. Using the momentum of IEM Cologne and the current tournament break, the team will keep fighting their way to the top.

“Today MOUZ will play on stage at IEM Cologne. This is a dream come true, a bucket list item, and something I thought would never happen.” - Jan Dominicus
Jan Dominicus

it was fun!
“Thanks to every single one of you for coming and cheering, it was fun!”
JDC