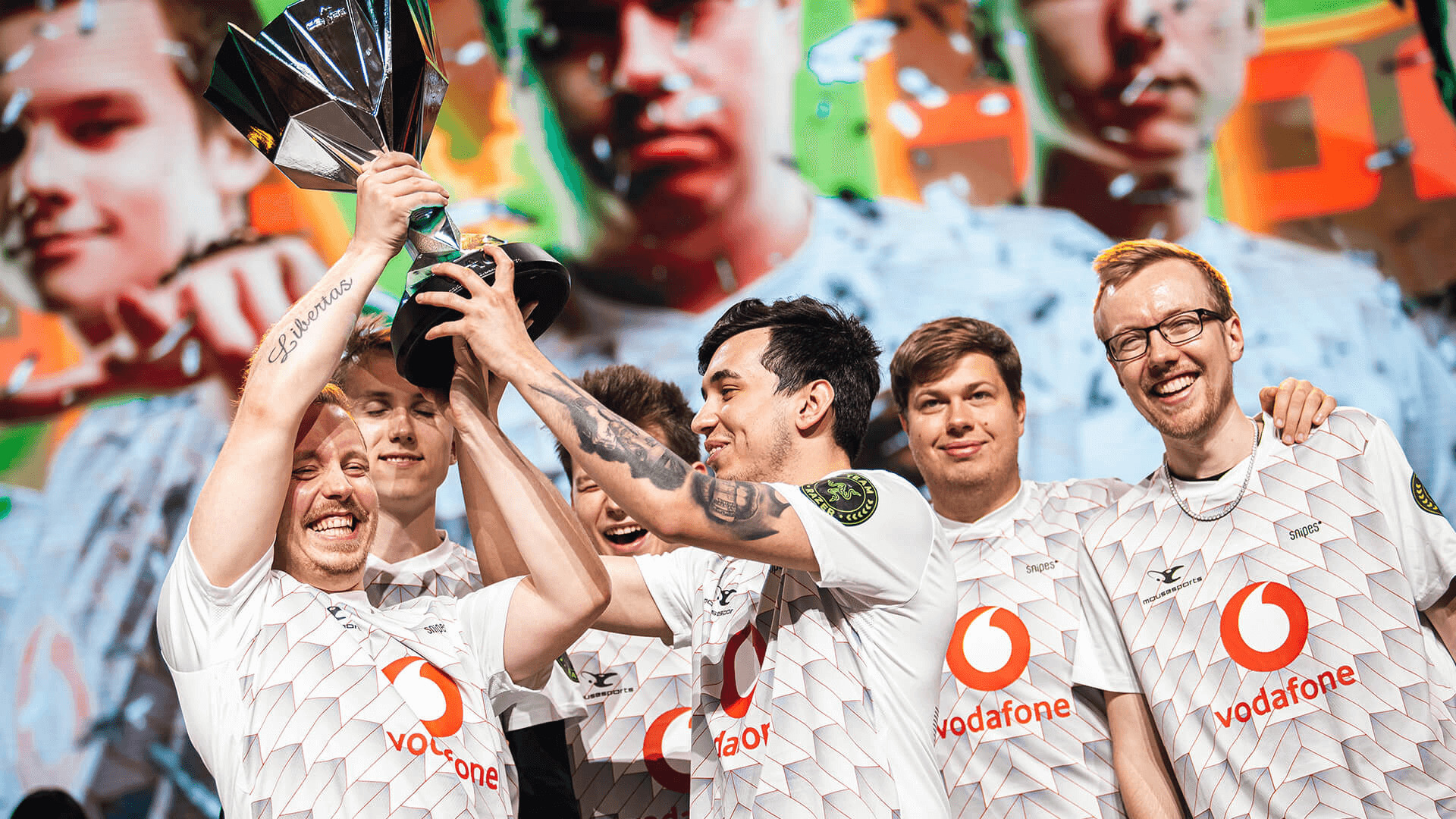 The mousesports Counter-Strike: Global Offensive team has won the 2019 CS:GO Asia Championship in Shanghai. Mousesports player Özgür „woxic“ Eker has received MVP honors for his performances throughout the tournament, especially in the semi- and Grand Final.

A great showing with only one slip-up

Right out of the gate, mousesports claimed a convincing 2-0 victory over Berlin Major runner-up AVANGAR by winning Dust II and Inferno 16:11 each. The team’s star AWPer Özgür „woxic“ Eker finished his 45-8-27 (+18) campaign with a 1.33 rating across two maps, to secure his team its first win in Shanghai. Lined up against ENCE in the winners’ match, mousesports was able to win Inferno 16:11, but lost Mirage (8:16) and Dust II (11:16) to the Finnish side.

With ENCE moving directly to the semifinals, mousesports had to face the world’s second ranked team – Evil Geniuses – in the quarterfinals. The Jing’an Sports Center was the venue for another classic Red vs Blue battle, as mousesports took the first map, Overpass, in convincing fashion – 16:10 for the red side. EG crawled their way back into the game, with a 10:5 halftime score on Nuke as CT, but mouz allowed only three attacker rounds while winning eleven rounds on their CT side to claim a 2-0 series victory over the North Americans. Especially youngster David „frozen“ Cernansky silenced the critics with 1.56 performance (52-34; 106.9 ADR).

The teams semifinal matchup was another classic rivalry, as the European team faced the home crowd favorites once again. Despite being ranked only 26th in the world, the Chinese team TyLoo showcased an impressive performance in Shanghai, with two 2-0 victories over EG and mibr in the groupstage, and also got the upper hand over mousesports on Overpass (6:16). While mousesports were struggling adjusting to the aggressive and clinical style of TyLoo, the Chinese side ran away to a 15:8 lead on Inferno, gaining a total of seven match rounds to win the best-of-three series in front of their Chinese fans. But once woxic won a 1v2 clutch to deny TyLoo an 16th round, he sparked one of the most impressive comebacks of 2019, as mousesports won the following six rounds to push the map into overtime and eventually win the map 19:17 to force a third and final map between two teams. On Dust II, mouz netted a narrow 16:14 victory to eliminate the home crowd favorites and advance to the Grand Final to take on ENCE once again.

With mousesports and ENCE in the Grand Final, three of the five ESL One New York 2018 Champions reunited on the server: while Robin „ropz“ Kool and Chris „chrisJ“ de Jong are still with mousesports, Miikka „suNny“ Kemppi has ben transferred to ENCE in Spring 2019. In the end it were frozen and woxic to shine, as both players racked up a +20 campaign in the Grand Final to lift their second championship trophy after DreamHack Tours in May with mousesports, as mouz won 16:10 on Train and 16:11 on Inferno to become the CAC 2019 champions.

Mousesports sniper player Özgür „woxic“ Eker has been awarded as the Most Valuable Player (MVP) of the tournament, thanks to his heavy-lifting performances in the semi- and Grand Final against TyLoo and ENCE alike. The 21-year-old player from Turkey sported a 1.17 rating over the course of 12 maps. Prior to the event, the entire team met in the mousesports HQ, based in Hamburg, Germany, to prepare for CAC 2019 as well as the upcoming ESL Pro League Finals in Odense in the first week of December.